I returned from the RWA National conference last night. I’ll likely post more about the conference later, but I just had a thought I wanted to get down…

And it’s not a particularly original thought, it might even be cliché, but I am struck this morning about how much a positive attitude can affect one’s experiences and enjoyment of life.

I booked a later-in-the-day flight yesterday, thinking I’d do some sightseeing in Atlanta, but a longer-than-planned breakfast, and a long-as-usual to-do list kept me in the hotel until I had to head to the airport.

Then I went to the airport early, because I spotted someone I knew heading out, and didn’t want to get stuck paying a full cab fare myself.

Here are the things I didn’t know when I decided to head to the airport early:

– the international terminal in Atlanta is a long way away from the domestic one. (Seriously? Are they in the same city?) So, my taxi fare was pretty much what I would have paid on my own, even though I split the fare to the domestic terminal 3 ways.

– after getting to the airport early, my flight boarded 2 1/2 hours late, then sat on the tarmac for another hour and 45 minutes before we even got into the queue on a runway. We landed 4 1/2 hours late. At least.

Let’s just say that it was a loooong trip home.

But I was grinning nearly the entire time and woke in a great mood this morning.

Why do you ask?

Well, all the misfortunes listed above, led to some interesting and fun consequences.

First, the cabbie, with whom I got an extra 15 minutes after dropping the other women at the domestic terminal, turned out to be an interesting man, originally from South Sudan who likes books and asked for my card and seemed genuinely interested. Plus, he was nice to talk to after I got past my initial reaction that he was ripping me off when he said it would cost another $13 to go from one terminal to the other. After the trip, I realized why…

Second, in the airport, I got to hang with five local writers, only one of whom I knew well before. And now I feel like I have four new friends. We had some huge belly laughs. It’s amazing how punchy I get on almost no sleep and a 4 hour wait in an airport.  Plus we got to watch a fireworks-show-of-a-thunderstorm that was one of the reasons our flight was delayed. Front row seats from inside a wall-to-ceiling glass room.

Then, on the flight, I was seated way at the back (within sniff distance of the stinkiest airport toilet ever) and next to a very chatty young woman.

Now, with the wrong attitude, that might have annoyed me. But I set my book aside and chatted back. And she was pretty amazing. Without going into details, she was highly inspiring in what she’s gone through and accomplished in her (I’m guessing) 20 or 21 years, and she also reminded me of how much I’ve accomplished, at a time when I’ve been thinking the opposite. (It’s easy to come back from conference thinking you aren’t successful enough, or good enough, or working hard enough, or that the odds are so stacked against all authors that most of us are delusional in thinking we can have a career.)

Glad I ended up in the right parallel universe yesterday. And it was a great reminder that, most of the time, we have a choice of which universe to live in.

All about the attitude. 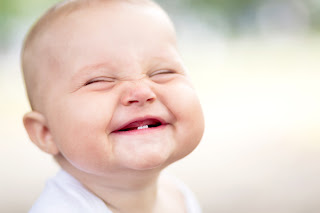 How about you? Any time you’ve turned bad luck into a fun day?

2 comments for “All in the Attitude”