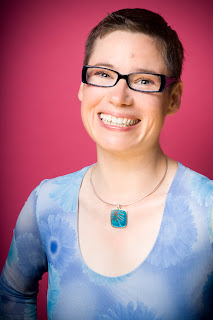 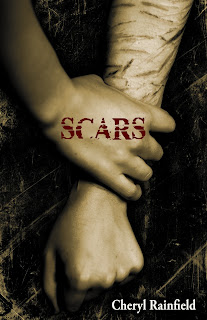 Her book SCARS is  fabulous. Difficult topic, but handled so well and such an accessible book.

Come on by and say hi!

I’ve joined a new group blog where our main aim is to put readers in touch with authors.

I’ve seen this so many places now, I’m sure you’ve seen it already, but it so clearly represents the frustration I’ve felt talking to people since I started working toward writing in a serious way.

Thing is… nine years ago, I might have resembled annoying guy in this… Well, not that bad. But I really thought it was going to be so much easier. How foolish.

I think I love this man.

I had hoped to start a huge writing marathon today. Not officially nano, but during nano. I hope to finish my current WIP and revise it over the next 4-6 weeks.

Sadly, I’m still finishing off my revisions on another book, AND either I’m having the worst allergy attack, ever, or I’m coming down with a cold.

Writer friend Eileen Cook‘s novel GETTING REVENGE ON LAUREN WOOD is out in paperback!

Here’s Eileen’s character Lauren, offering her help to the masses.

You can even get advice from Lauren here. popularlauren.com

Has anyone else seen this SCOTT PILGRIM vs THE WORLD? I LOVED it, and not just because it was set in Toronto. And REALLY set in Toronto, not like so many other movies and TV shows that are filmed here but not set here. There was even one part of the movie where they were on the set of another movie… and there’s a bit where characters get thrown through a scrim that’s a backdrop of New York. Maybe that’s only funny if you live in Toronto and know how many films set in NY are actually shot here… but I thought it was funny.

An aside… but assuming it was shot last winter, they must have had to make a lot of snow… because it was set in a snowy, wintery Toronto, and we didn’t get any snow last winter… Just saying. But the city looked great. Reminded me why I love living here. And shots inside places like Lee’s Palace and at Casa Loma were really fun, too.

And these examples of tiny things that are almost like background laughs amongst the action. This movie was so funny on so many levels. Highly entertaining. It’s shot like a video game, but in a natural way, as if it’s perfectly normal for this ordinary guy to have powers and be able to pick up new tools to use or score points when something happens.

I liked it so much, I want to see it again.

If you’ve seen it, let me know what you think!

I talked a bit about the RWA conference over on DWT today! Stop on by and see some great photos.

I got some really bad news in late April that I’ve been mostly sitting on, hoping I could put off telling people until it turned into good news… And it finally has.

What Blogo and I have in common is the bad news not the good news, and it doesn’t have anything to do with fraud or corruption or bad hair…Both of us had our publisher close their doors on April 26, 2010.

Yes, after giving up my entire life this winter/spring, alienating friends and family, nearly driving myself insane to make a crazy deadline… the publisher unexpectedly shut down.

But, the good news is that I have a new publisher! Can’t announce all the details, yet, but both Cinderella: Ninja Warrior and Sleeping Beauty: Vampire Slayer will be likely be released in 2011 (instead of October 5, 2010 as previously announced). And there will be new covers, etc. More details soon!

I’ve already seen a mock up of the kind of cover the new publisher is aiming for and let’s just say: very pretty! Very classy! Love the look. Can’t wait to see the final covers!!!

So, will announce more later, but finally my bad news has morphed into good news.