Proving once again I am completely lazy and incapable of coming up with an original blog topic, I was inspired tonight by the always funny Eileen Cook, who is blogging on hated foods.

The squirrel warning reminded me of a radio show I once heard. My parents used to own a houseboat in the Ozarks (don’t ask) and I went down there a few times. While on the “boat” the radio station choices were limited, but we did get one station loud and clear from Versailles Missouri. (Pronounced Ver Sail’s)

Mid morning each day, we tuned into our favourite program — the call-in recipe show. Always entertaining, one day topped them all. The day a man called in with his roast possum recipe. The “recipe” was basically:

Then the announcer made the mistake of asking the caller where one might find a possum. The caller replied, in a tone which made the stupidity of the announcer’s question clear, “You go out and shoot you one.”

Okay, what evil-powers-that-be put the Golden Globe awards on the same night as the second part of the premiere of 24? Evil. Evil! (Shakes fist at the heavens.)

And the second episode of “Little Mosque on the Prairie” is airing in Canada tonight, too… And I thought the pilot episode was pretty funny–by Canadian sit-com standards, anyway.

How come, after 6 or so weeks of NOTHING on TV (during which I was able to discover Nip/Tuck and Battlestar Galactica on DVD) is everything I want to watch on on one night? (Oh, and BSG is on tonight, too… but I’m still a couple of seasons behind there.)

Thank goodness for “time shifting”. I won’t be able to catch all 3, but should be able to see both the GG’s and 24 — if I stay up really late watching one on the Vancouver station, thus breaking one of my new years resolutions about watching TV past midnight.

(But I love the Golden Globes… drunken acceptance speaches… fabulous!) 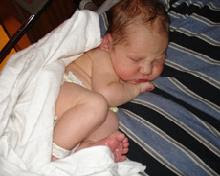