I interviewed Eileen Cook at Get Lost in a Story, and we talked about her new YA book THE EDUCATION OF HAILEY KENDRICK (and about Johnny Depp). Check it out. 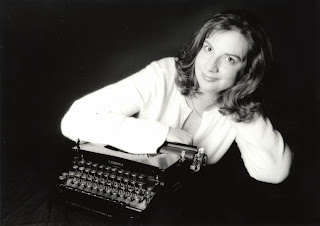 Eileen Cook is a multi-published author with her novels appearing in six different languages. She spent most of her teen years wishing she were someone else or somewhere else, which is great training for a writer.


You can read more about Eileen, her books, and the things that strike her as funny at www.eileencook.com. Eileen lives in Vancouver with her husband and two dogs and no longer wishes to be anyone or anywhere else. 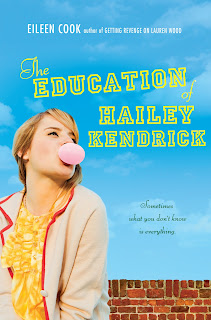 Hailey Kendrick always does exactly what’s expected of her. She has the right friends, dates the perfect boy, gets good grades, and follows all the rules. But one night, Hailey risks everything by breaking a very big rule in a very public way…and with a very unexpected partner in crime. Hailey gets caught, but her accomplice does not, and Hailey takes the fall for both of them.
Suddenly, Hailey’s perfect life–and her reputation–are blowing up in her face. Her friends are all avoiding her. Her teachers don’t trust her. Her boyfriend won’t even speak to her for long enough to tell her that she’s been dumped.
They say honesty is the best policy–but some secrets are worth keeping, no matter the cost. Or are they?


If you don’t believe me, (and why wouldn’t you?), here’s what major reviewers have had to say about her latest release, THE EDUCATION OF HAILEY KENDRICK:


“Cook effectively builds both Hailey’s (justified) feelings of rebellion and the social dynamics of her ostracism, especially in her growing friendship with a challenging townie, Drew, who supervises her punishment working with the janitorial staff….Cook coaxes considerable empathy for the otherwise privileged Hailey as she abandons the achievement treadmill to explore her independence.”


* “Hailey may be an A student headed to the Ivy League, but when it comes to taking a chance on life, she’s clueless. She’s also enormously appealing and great company throughout this breezy read. Yes, it’s chick lit, but of the highest quality—like a gourmet truffle. Cook has whipped up a real treat.”

You can keep in touch with Eileen online here:
www.eileencook.com
Twitter: @Eileenwriter