I will get to some slightly more accessible movies, I promise, but I wanted to say a few things about Lars Von Trier’s Melancholia.

First, I’ve been a fan of Danish director Von Trier since Breaking the Waves and Dancer in the Dark and Dogtown. I also saw a very bizarre documentary about him and one of his mentors at the festival one year. I wish I could remember the name of it, but I suppose it would be hard for people to find anyway.

He is one strange dude. But strange in a fascinating if unlikeable way. And his movies are often kind of like that, too. Strange and somewhat unlikeable. He definitely has a point of view and isn’t afraid to express it. (Even to the point of that horrible quote he said at a press conference in Cannes this year that got him kicked out.)

But even given that the movie’s strange and unlikeable, I really enjoyed Melancholia. It’s about the end of the world and two sisters, one of whom is very seriously depressed. To the point she spends a good chunk of her lavish wedding reception hiding out in the bathtub. (and she married Eric from True Blood–that she wasn’t joyous enough about that to get through her reception is proof enough of her serious mental illness. 😉

The depressed sister is played by Kirsten Dunst and I liked her in this more than I’ve liked her in anything since Interview With a Vampire–when she was about twelve. I really believed her character. Hard to play someone that severely depressed and not make it one note. Her sister is played by Charlotte Gainsbourg who is always fascinating in films. I find her real life, or the idea of it, fascinating enough, as she’s the child of French singer/songwriter/icon Serge Gainsbourg and the sixties fashion icon Jane Birkin (yes, the Birkin bag was named after her mom.) Kiefer Sutherland plays her brother in law. And both Alexander and Stellan Skarsgaard are in it, playing father and son, in fact.

Anyway… the film is very surreal and has two parts. The first is essentially from the Kirsten Dunst character’s POV and covers the night of her wedding reception. (The first five minutes at least are a scene of a long limo doing endless tiny adjustments trying to get around corners on a steep narrow road to take them to their reception. Symbolism…) The 2nd part is from the Charlotte Gainsbourg character’s POV, but it’s not quite that clean cut. The first part shows the disastrous wedding reception where the bride is an unbelievable mess. And that night they all spot a strange star in the sky no one’s seen before.

Turns out it’s not a star, but a planet that was previously undiscovered because it was hiding behind the sun. Don’t quibble about the science. You kind of just have to go with it. Point is, this planet is moving toward the earth and may or may not destroy the world if it gets too close as it passes or actually hits. The second part is about the characters preparing for this disaster/possible doomsday. 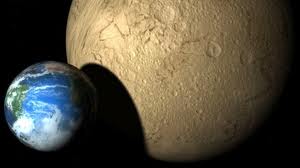 The irony here, or von Trier’s “message” is that the one who was already clinically depressed is the one who deals with this impending doom the best. And the cheeriest, most “together” character (Kiefer Sutherland’s character who is the very wealthy husband of the Gainsbourg character) is the one who handles it the worst.

Since I think it’s fair to assume that Mr. von Trier has struggled with a few mental illnesses himself, it’s not hard to get his point here… Maybe the mentally ill among us are actually the most sane.

If you hate surrealism, or strange movies, and didn’t like, for example, The Tree of Life, then you probably shouldn’t see this one. But it’s beautiful to look at, seriously beautiful, (the first ten or so minutes have no dialogue and are just a series of very surreal images), and the performances are astoundingly good (Dunst won best actress at Cannes or maybe Venice… or maybe both) so if this description hasn’t turned you off…. go see it. And keep an open mind.