Yesterday was Father’s Day, but my dad was on a train (still is) on the way back from Saskatchewan, and so all I could do was call him. I had plans with my brother and his family, but one of the kids had a fever, so those plans fell through.

My first instinct was to get some work done. So many things to do… But then I thought, “You deserve a day off!”

So I gave myself one, and I went to the movies.

First stop: This is the End.

I loved this movie. I thought I might be making a mistake going to a film like this at noon, and not under the influence of anything but coffee… but I found it hilarious.

Was it silly? Sure. Was some of the humor juvenile? Of course. Is it Shakespeare? No.

But it was also a pretty tightly told story, with a lot of snappy dialogue and so many references and cameos I’m sure I’d have to see it a couple more times before I caught them all. Whether you like Seth Rogen or not as an actor, dude can write. And dude is willing to poke fun at himself, his friends, his lifestyle.

Highly recommend if you want a good laugh. My favorite actor send up was either Jonah Hill or Michael Cera. Both really let themselves be skewered in different ways and I found the film versions of them very funny. I guess the Michael Cera send up was a bit reminiscent of Neil Patrick Harris in the first Harold and Kumar movie…  But it went a little further and was so, so, funny… Oh, and Danny McBride who I normally hate… His character version of himself was also very funny. So was James Franco’s version of himself. And how obsessed he was with Rogen. Okay. Just thinking about this, I’m remembering how funny this was.

Overall: Had tears of laughter much of the time. The dialogue is surprisingly subtle and smart. Would see it again. 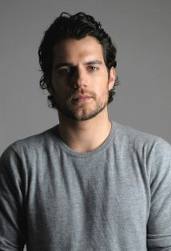 I liked this movie, too. But wasn’t blown away.

I found out this morning that my great friend Molly O’Keefe hated it, so I might challenge her to a cage match over at Storytelling Rules… But for now, things I liked about it were:
– image of Krypton, great worldbuilding
– Lois Lane wasn’t just a damsel in distress, but a genuine heroine who wasn’t TSTL and affected the outcome of the story
– the villain had strong motivation. It’s been a long time since I saw the original Superman and I haven’t read the comics, so maybe this motivation wasn’t new… but I liked this villain. Michael Shannon is always strong and his motivation was too. He was trying to save his people, Superman was trying to save humans. That’s some damn good conflict, IMHO.

If you’re not familiar with these movies, Richard Linklater made this quiet little indie film in 1994, starring Ethan Hawke and Julie Delpy, about a young couple who meet on a train and decide to spend an evening/night walking around Vienna together. He’s American and flying home from Vienna in the morning. She’s French, and on her way home to Paris. It’s called Before Sunrise and it’s excellent if you haven’t seen it. Very romantic and probably my favorite of the three.
Then about 9 years later, he made Before Sunset, which showed the pair 9 years later, wandering around Paris for a few hours. To say much more about that one, would be spoilerish. But like the first one, it’s excellent. The dialogue and acting are actually pretty astounding in these films. And the chemistry between Hawke and Delpy is hot.
Before Midnight is an end to the trilogy… and shows the pair as a married couple, 18 years after they first met on that train. Saying they’re married is somewhat spoilerish for the first two films, but I don’t think it really ruins anything. Things aren’t perfect between the couple, and they spend a good chunk of the film fighting, but the dialogue and acting were once again great, and I loved the parts where they weren’t fighting. This is the first film in the trilogy where we see them interacting with other characters, (rather than just themselves), and the dinner scene, with couples of different ages, in different stages of their relationships was probably my favorite part. The shots of the Greek Island they’re on were wonderful too.

Then I went home and watched Mad Men and The Killing.  (Forgot about the True Blood premiere…)

Yes, it was kind of a perfect day.

4 comments for “Near perfect movie day”